Oahu There's so many things to do! Our average temperature is 75°-80°. Get today's weather! a little history of the islands provided by StateMaster.com

Hawaii, also known historically as the Sandwich Islands, is composed of 19 islands and atolls forming the Hawaiian Archipelago. The chain owes its existence to intense volcanic activity over thousands of years, and today is the only state continuing to grow because of lava flows. Hawaii also represents the Map of Oahusouthernmost point in the U.S., and the only state which is entirely tropical. It is believed that the first inhabitants of the Hawaiian Islands were Polynesians who arrived around 300 AD. Some one thousand years later Tahitian settlers conquered the island and wiped out the original inhabitants. Though there are sketchy reports of earlier sightings and explorations, Captain James Cook is generally regarded as the first European explorer to set foot on Hawaii (as well as the first European explorer to die on it) in 1778. Between 1795 and 1810, Hawaii began to unify as one Kingdom, led by the skillful leader Kamehameha the Great. The Hawaiian Kingdom did not last long however, and after effectively sidelining the Monarchy with the Bayonet Constitution in 1887, Hawaii was incorporated into the United States as a territory on June 15th 1898, and received full-fledged statehood a half a century later in 1959, becoming the 50th and last state in the Union. 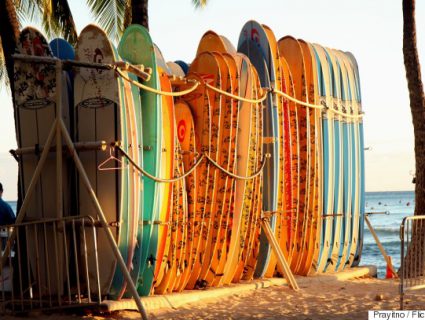 Thank you for your hospitality and every single little special touch!